We are very sad to report that Smokey  lost her battle with bone cancer Wednesday August 7, 2013.  She will be missed by all of us.  We hope that she is now at peace and pain free.

Bandit is our class clown!  He was rescued by Dr. Lee when his owner wanted to put him down.  We first planned on adopting him but his rowdy and naughty behavior kept him in trouble.  We decided since we had Smokey it was perfect to name him “Bandit”.  He has come by his name naturally as he will find trouble where ever he can!  It seems we always are chasing the “Bandit”.  He would still be up for adoption if someone was willing.  He has recently been placed on a diet because he was stealing food and treats where ever he could.  “Bandit loves to spread out on the front counter where no one can miss him or ignore his presence.  He loves meeting new people and getting love! UPDATE WE ARE HAPPY TO ANNOUNCE THAT BANDIT HAS BEEN ADOPTED BY A WONDERFUL FAMILY WHERE HE CAN BE THE “KING”.  WE MISS HIM BUT ARE HAPPY FOR HIM! 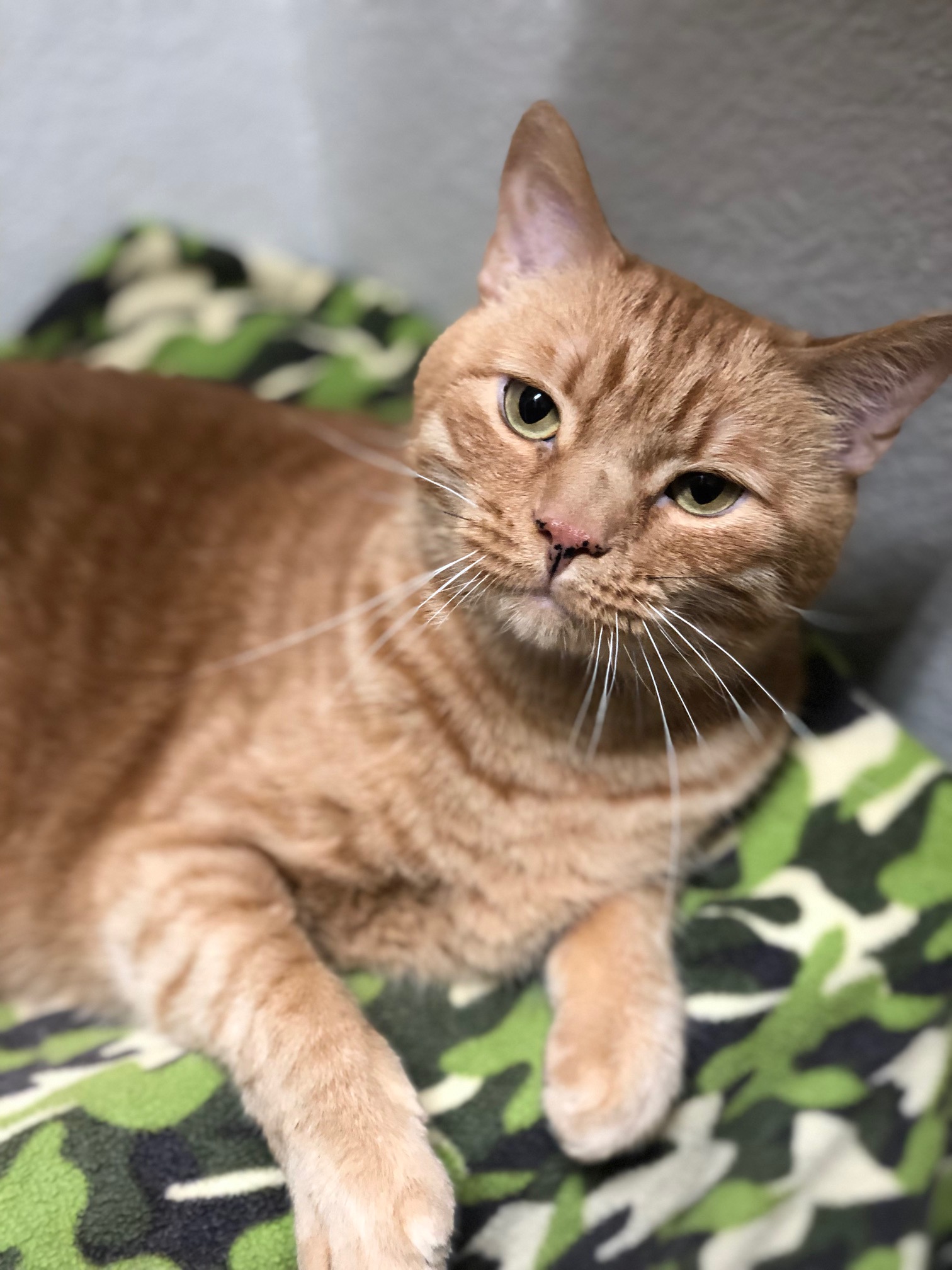 Pistol Pete is our wild kitten that has his own fan club.  He and his 2 other siblings were dropped at our front door one night.  They were barely 2 weeks old and half starved.  As a collective effort by all our staff we were able to save them.  The other 2 kittens were adopted out but Dr. Lee has a fondness for orange so he got to stay.  He is named for the OSU mascot but it definitely fits his personality too.  Dr. Lee had once thought that Pete would live at her home but we soon found people stopping by just to say hi to Pete so he as quickly become one of our most popular Ambassadors.  We have decided to start a blog about the practice from his point of view.  He and Bandit are the best of friends and can be found causing trouble all over the hospital.  Smokey tolerates his existence but is too much of a princess to play with the likes of the boys.  Pete is very sweet and loves to be held and petted.  Stop by and visit him today.  We are considering getting him a guest book.  Also watch out for Pistol Pete’s points a blog about KVH.

Font Resize
Accessibility by WAH
Call Us Text Us